Another $3,000,000 waste of money! The BID was created to help the businesses in the community – hence, after spending over $3 million dollars, they need an additional $3,000,000 in tax payers money top do what?

Basil Capetanakis, a member of the BID’s board of directors, said the board is pleased to win backing from the city. “Of course, we’re all excited. It’s a great thing,” he said.

The Avenue NYC grant money will be used to fund two separate programs, according to Zenteno, who said the first thing the BID will do is conduct a comprehensive study, called a commercial district needs assessment, of commercial areas of Bay Ridge. “It gives you a picture of what the needs are. It can also help you identify retail opportunities,” she said.

The study will encompass all of the commercial areas in the neighborhood, not just Fifth Avenue.

After the district needs assessment is complete, the BID will then decide what comes next.

The funds could be spent on merchant engagement programs, street enhancements or other special programs. But the second part of the grant will pertain only to Fifth Avenue. “We will get to decide what to move forward on,” Zenteno said.

Is this NOT what the people pay the BID for? yet they need more money to do the same thing?

The BID is a voracious monster that sucks the money from all of us!

What are the metrics on how successful they are? none 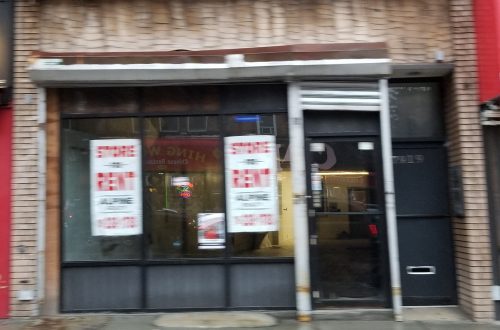 Many Vacant Stores on 5th Ave